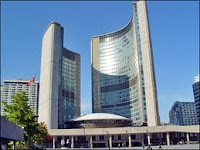 For years now, Malton has endured a leadership vacuum. Survivors have banded together to battle the zombie hordes with limited success. Larger groups and alliances have increased the results of the efforts, but enough about the recent history of our city.

Yet another election has come and gone. The incumbent Murbulskond has been defeated and replaced by Revenant or Ablesentinel (depending which wiki page you believe) So we've gone from a do-nothing zombie mayor to either a madman or a rotting feline, who each offer even less to the citizens of Malton than Murbulskond (I didn't think it was possible!)

To make matters worse, all records of public critique of the Mayor's office by yours truly have been erased. I smell a rat. Why the cover-up??

When I ran for mayor almost a decade ago, my desire was to serve my community. Now I have declared myself Mayor and formed to a volunteer militia to rescue Malton from the Undead plague & restore order to our streets.

Enough with the phoney elections!

Enough with the fake mayors!

Enough with the zombies and PK'ers!

It's time to take the streets of Malton back for the PEOPLE of Malton.

Join us in our mission.
Volunteer for active duty here or become an ally by joining our forum and pledging to assist the MUM.

PLEASE: Use this blogsite to post community concerns
(IN THE FORM OF COMMENTS)
and we will do out best to hold the fort until City Hall is once again occupied by a responsible elected representative of our community.

Until then, the Malton Urban Militia will be there.
MUM's the word...
Posted by Mayor M.C. Cheese at 6:27 PM No comments:

Eat the Rich - Land of the Dead

For the past 72 hours, the Malton Urban Militia has battled for territory in the suburb of Ridleybank, in an effort to restore a sense of order to a neighbourhood that has been infested with the Undead for far too long. We, along with a handful of allies, have twice secured and established a base of communications in the heart of the suburb. Apparently we have attracted the attention of the local zombies, and have suffered casualties as they raided our safehouse.

We may stick around Ridleybank long enough to do a little trick-or-treating - we may not. Either way, November the 5th came early for the RRF, and they won't forget that the M.U.M. paid a visit anytime soon. Even if the battle fades from memory, all that grafitti will last a while!

M.U.M. Lieutenant Jordin has forwarded footage shot recently in Old Arkham (SW Malton). Flash says he was about to enter the building since it was boarded up and looked secure, but appearances can be deceiving...

Too many survivors talk a good game, but that's as far as it gets. They look down their noses at "noobs" while seeking greater glory for themselves, trying to recruit powerful players to their group. They have been seduced by success, forgetting what it was like to be lost without a map, unable to access a heavily barricaded building, and lugging an empty six shooter while searching randomly for ammunition. No one is born experienced.

Maybe if we took a few days and hung out in a less barricaded area and met a few new arrivals, showed them around, showed them the ropes and showed them how to survive in Malton, we might have fewer Undead among us. Every noob that dies adds one more to the enemy's number, and perhaps if more experienced survivors crawled out of their hidey-holes once in a while and welcomed them, they'd make it too - Shoot, they may even join your little group because they think you've got it going on.

So what shall it be: survival of the fittest ...and damn the rest? Or will you take a risk from time to time to rescue others from the Undead instead of leaving them to be sitting ducks for the next horde of zombies? 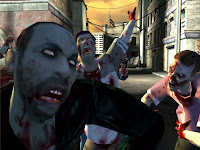 This has been your mayor speaking...

"Darkest before the dawn..."

That old adage about it always being darkest before the dawn was stupid - it gets brighter closer to sunrise, not darker. Nevertheless, it is remarkable how quickly the tide can turn, when all seems dark and hopeless, then before you know it...daybreak.

The zombie scum have been winning - somehow in their hunger and blind rage, they have become more organized than we are, or rather, than we have been. I implore every survivor to work with their fellow citizens like never before - put aside petty differences and rivalries. Forgive criminals and Pk'ers - we are all desperate people at this hour! Heal one another, stand your ground and fight when the barricades fall - rebuild, revive and recapture the dream of a new day in Malton.

I think I see the first rays of sunshine already.
Keep the faith...
Posted by Mayor M.C. Cheese at 9:40 PM No comments:

The Undead have claimed everyone I cared about - that is why I formed the M.U.M. - to fight back. Now every soldier in our militia has fallen victim to the zombie infestation, including my own daughter.